Between 2013 and 2016 collected records show that the area of participant's land parcels in which no badgers were removed was half (actually 49.5%) of the accessible area across the badger cull zones. In Gloucestershire this percentage exceeded 75% in 2014 and was just less than 75% in 2016. This was found from information supplied by Natural England and is based on records submitted at badger collection points by those performing the culls.

Data was requested from Natural England on 13th September 2017 under Freedom of Information Request RFI 4007. The request can be viewed by clicking here.

The above request refers to polygons. Natural England defined a polygon as follows on 21st October 2016 in response to a request for clarification.

When we are supplied with the information on a dispatched badger the location information we receive relates to the participant who's land the badger was dispatched on. Participant land is mapped as a block of land, which in GIS mapping is called a polygon. So for example if we receive information that a badger has been dispatched on the P456's land, then we allocate that dispatched badger to the polygon belonging to P456. We will not have the precise location via say a Grid Reference. All we know is that the dispatching took place somewhere in that polygon.
On 8th November 2017 Natural England sent the data shown in the following links.

Illustration of the data received in RFI4007

The images below are thumbnails which may appear at a larger size if clicked. 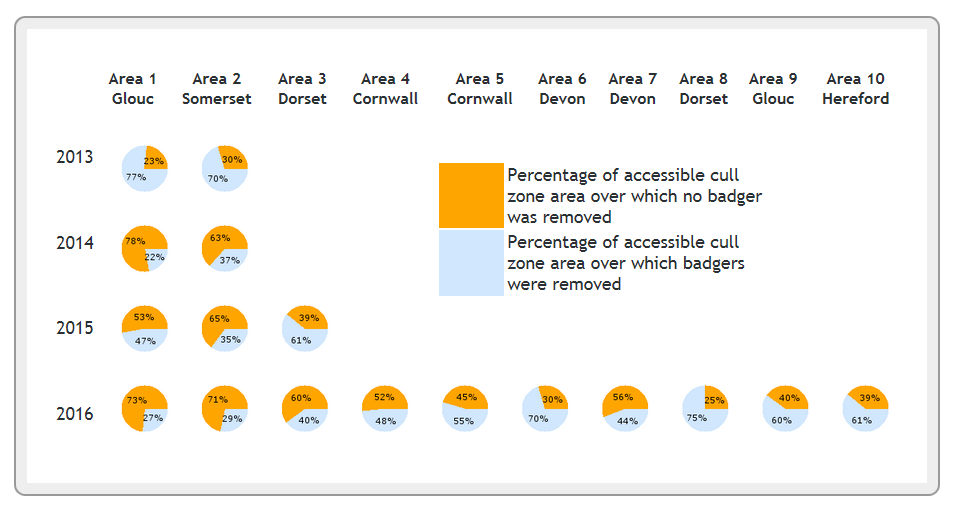 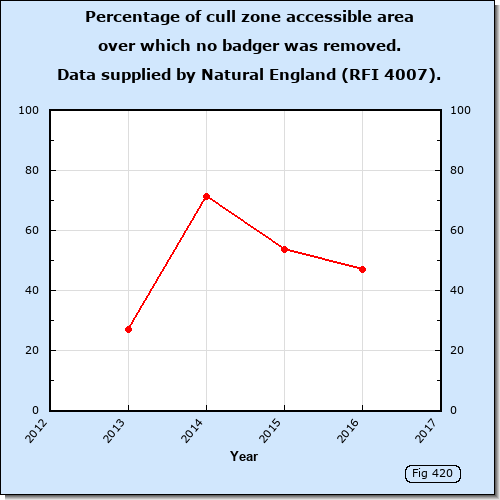 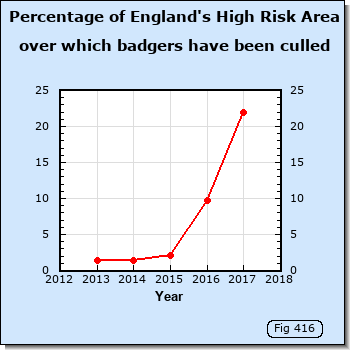 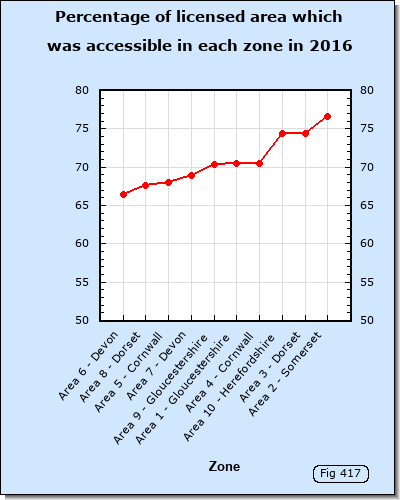 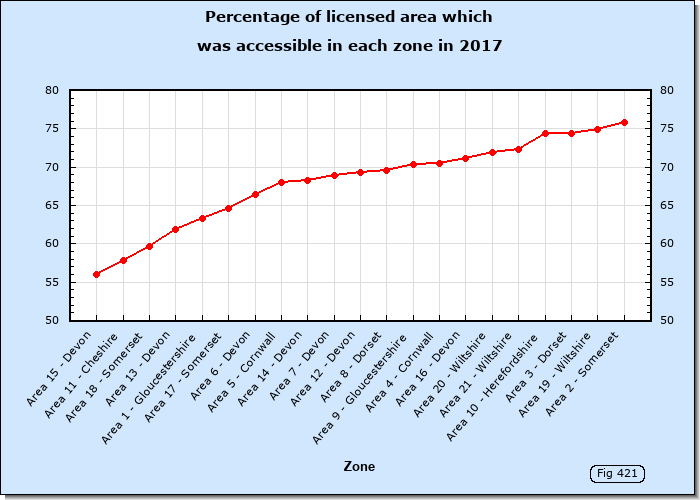 Discussion of the above results

In terms of the number of badgers removed per square kilometre, cull rates in these culls are comparable to those in the RBCT. Please refer to the tables below for References. Clicking on the links will take you directly to the correct page in these references.

Badgers removed in the culls which started in 2013


In the above tables treatment area in the RBCT means the same as licensed area in the 2013 culls. It is the overall area which encompasses both accessible and inaccessible area.

However, in terms of the number of badgers removed per square kilometre, cull rates between 2013 and 2017 were comparable to those achieved in the RBCT.

History has shown that badger removal requires considerable persistence and dedication regardless of the method being used. Cullers have only cage trapping and free shooting available to them for 6 weeks per year unless an extension is granted. This makes the task given to them challenging particularly if they have the added burden of running a farm, managing a business or going to work the next day.

If you would like to send to me your comments, please contact me Last Modified 15 Sep 2018 07:30
Search
Tweets
Recent
Tweets by bovinetb
Javascript is disabled